Biopietra is proud of the results obtained in 2017 in terms of energy saving and reduction of environmental impact. Less CO2 released in the air and more trees granting life! 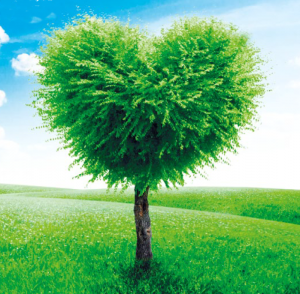 An extraordinary result that is due to lots of hard work in the past: for over many years, in fact, Biopietra’s mission has been that of safeguarding our Planet. The technological innovation of robots, together with an optimization of the use of energetic resources, have enabled Biopietra to considerably decrease the emission of carbon dioxide (CO2), following the principles of Kyoto Protocol and responsibly working against Climate Change.

It is attested that the CO2 is the most influential climate changing gas: this means that among the six gasses on which the Kyoto Protocol focuses its attention, the carbon dioxide is the most dangerous for human health, mostly affecting the greenhouse effect and generally increasing terrestrial temperatures, as this video from NASA proves.

What has Biopietra been doing?

Optimizing production cycles can prove to be an immense benefit to ecology, many minor interventions on the “start” and “stopping” of the single electric drives of an entire production chain turn first into seconds and then into minutes that by the end of the year become hours of energy-saving. The result? Tons of less carbon dioxide (CO2) released into the environment and consequently fewer trees that are engaged in absorbing it.

Thanks to the photosynthesis, trees are able to absorb atmospheric CO2 and “fix” it into the wood, which is made of about 50% of carbon. This fixative capacity is also recognized by the Kyoto protocol. Just a few hours of work in order to optimize production cycles to build a better and greener future.

The challenge is difficult, but we are already producing responsibly to safeguard the Planet we live in.